Richard is Senior Fellow-in-Residence of the Post Carbon Institute, and is regarded as one of the world’s foremost advocates for a shift away from our current reliance on fossil fuels. He is the author of fourteen books, including some of the seminal works on society’s current energy and environmental sustainability crisis:

Richard has authored hundreds of essays and articles that have appeared in such journals as Nature, Reuters, Wall Street Journal, The American Prospect, Public Policy Research, Quarterly Review, Literary Review, Yes!, and The Sun; and on web sites such as Resilience.org, CommonDreams.org, Alternet.org, ProjectCensored.com, and Counterpunch.com. His monthly MuseLetter has been in publication since 1992 and has been included in Utne Magazine’s annual list of Best Alternative Newsletters.

Richard has delivered hundreds of lectures on energy and climate issues to audiences on six continents, addressing policy makers at many levels, from local City Councils to members of the European Parliament. He has been quoted and interviewed countless times for print (including for Reuters, the Associated Press, and Time), television (including Good Morning America, National Geographic, Canadian Broadcasting Corporation, Australian Broadcasting Corporation, Al-Jazeera, and C-SPAN), and radio (including NPR, WABC, and Air America).

Richard has appeared in many film and television documentaries, including Leonardo DiCaprio’s 11th Hour. He is a recipient of the Atlas Award for climate heroes (2012) and the M. King Hubbert Award for Excellence in Energy Education (2006). In 2012 Richard was appointed to His Majesty the King of Bhutan’s International Expert Working Group for the New Development Paradigm initiative.

See our events page for upcoming events and recordings of past webinars. 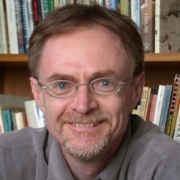 Richard is the author of fourteen books, including some of the seminal works on society’s current energy and environmental sustainability crisis:

Two Questions Philanthropy Must Ask in This Urgent Moment